Website tips, tools, software, tutorials and videos to design, build and market your brand, business, product, service or website. Learn all about online marketing. May 2021
Menu
Home Archives May 2021

A real nice Mockup Video Creator app. Which is an upgrade bonus tool that comes with Video Creator. This cloud based video editing app features templatized mockup videos that can be edited.

Mockup videos are an excellent choice for video marketers. Great for those short advertisement videos you see on FaceBook and Instagram. Simply upload your logos or images and type in your slogons and catch phrases.

Mockup video templates for T-Shirts, Bottles, Laptop and Desktop frames and other elements. A pretty sophisticated app could be sold seperately, but is an upgrade to a main platform called Video Creator. This is my very first creation with it. Check it out...

Every once in a while a really good digital website tool comes along. Seems nowadays most tools are cloud based. Like Video Creator and all it's bonus tools. Technology has come a long way in the last few years. To a point where online video editors make a lot of sense. With all the compiling, storage and rendering tasks a video editor needs to accomplish using the cloud can save time, money, storage space, hard drive usage and bandwidth. Get your copy here...

In this video our 3d animated avatar Nancy explains how to get your smile fixed. We wanted to personalize this promo video for a local (ficticious) dentist. So we invented Dr. Toothy SmileALot, DDS. Then we added our video to a desktop frame and included revolving titles to further enhance the marketing opportunity. Check it out...

Created by BWT Video Services animators. This video features some cool special effects. We used an existing animated dentist video and put it in a device frame. That device is a desktop monitor. Then we added vibrant subtitles that make a call to action.

The first scene bubbles in from black. This is a new transition just invented. If you missed it try replaying the video.

This video can be repackaged and personalized for any marketing of dentist videos. Contact BWT Video Services for more information...

SBI website builder Single Best Investment ever made. Sometimes an event changes your life forever. One such event for me was 9/11/2001. On that day the world changed and so did my life. Within months I had become a victim of corporate downsizing, and career interruption. Resulting in decisions that still affect me today.

Do What You Know Not What You Think

One day I was an electrical engineer secure in my career path, and the next day I was on a path I never intended to be on. It became apparent to me over time that I could no longer rely on big business to build a career.

Enter Solo Build It or SBI. I had deveolped several technical skills involving electrical engineering, digital tools and the Internet. I thought I should pursue engineering but found out what was more valuable was knowing how to use the tools.So, I began learning more about website builder tools

I discovered Solo Build It one day in my quest to learn more about digital Internet tools. I was enthralled by the amout of knowledge this platform offered. I subscribed in June of 2006 and am still using this platform today.

As the world changed so did the advantage of digital Internt tools. Knowing how to use Internet tools are far more useful (and easier) than learning electrical engineering.

Are you about to retire? Or thinking of a job change? Looking for a suplemental income? Look no further. Read this next article about SBI website builder tools...

Natalie shines in this Bakers Delight Promo video. Watch her promote this local bakery. Such an easy girl to work with. We all love her. Check out her performance in this promo video...

This video features some new transitions just invented. We incorporated a "Glitch" transition between the intro title and the main clip. We liked this transition because it gets viewers excited. I mean who doesn't pay attention when their tube seems to go haywire?

The contact info thought bubble that appears from nowhere utilizes a transition called 'blur zoom.' These and more transitions are new to BWT Videos.

We used the 'blur zoom' transition again to segue into the outro. We think this transition implies a bit of wonder to the video. What do you think?

Natalie is only one of the 3d animated avatars that grace the halls of BWT Videos. Meet them all on the next page...

Are you interested in email marketing? If so, this short video is for you. Luke Barber of www.homespeechhome.com explains his best do's and don'ts of email marketing.

These website tips and more brought to you by Solo Build It. World's number one online business builder. Click the button to find out more...

Recently BWT took out a 'Yelp' Business Ad. We are checking out some of the new features just launched. I was so impressed with my account reps presentation, I said OK to taking out an ad. Now if you are a Yelp advertiser you know how expensive it can be. However the up side is targeted, ready to purchase, potential custumers. You'll see.

Before we get into the new features I wanted to tell you that Yelp is not an ideal advertising platform for MY business, But, it is for most businesses that have physical location. Here's why...mobile connectivity. Turns out Yelp is THE most used search engine for local businesses. Even Apple now referrences Yelp for their local search results. That's BIG. As most local business searches are done on mobile devices.

Here's the thing. Most local Internet searchers are people looking to find a local service, product or establishment that suits their current needs. Example, travellers looking for a nearby gas station with directions on how to get there. Yelp excels at these kind of business ads. And does a much better job than Google IMO. Check it out...

Right now we are testing these new features and have not formed an opinion on their effectiveness, yet. Therefore no recommendations for right now. Except to see some of these features in action. Here is a link to my Yelp page. Check it out...

Wow, aren't we the product of what we see on TV these days. I've witnessed so many conspiracy theories lately I thought I would get in on the act. Literally, emphasis on act. Here is a video parody of a neighborhood conspiracy theory.

The phrase I learned recently is "false intelligence." A manipulative word game that is at the heart of conspiracy theories. A favorite tactic is the "what about this? unrelated issue."

The concept is to describe an issue then offer false intelligence to support a desired explanation. Kinda like the big lie on TV.

Meanwhile, back on earth BWT Videos also discovered HUMATARS. Sounds sience fictionish, does it not?

BWT Videos took the challenge and signed on to this new technology. Now with a vitual intelligence platform, what we say and what we do with humatars, can be significant. Give me a shout to see what can be done. Here is my first "Humatar" video...

Cats And Deeres A Conspiracy Theory

Stay tuned to learn more about HUMATARS. BWT has just begun working with this technology and would like a little more time to evaluate and digest this new information. Initially we are impressed that the average person now has access to artificial intelligence, like never before. We can now impersonate real actors virtually that is. The implications are huge, so much so, that the software comes with a liability disclaimer. So, before BWT Videos promotes this product we are going to study it further. More later... hope you liked my video parody. 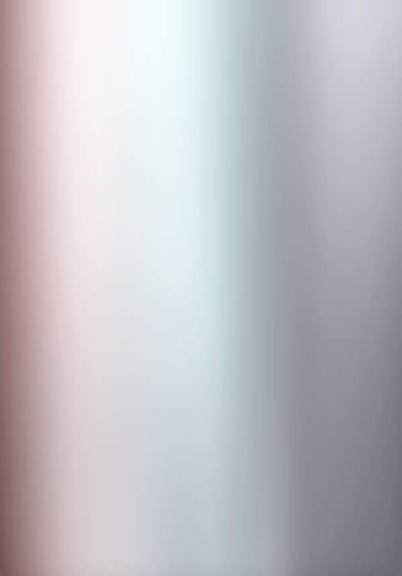 Making 3d animated avatar videos is not too complicated. One of my favorite tools for this purpose is Video Builder. VB for short. This cloud based app is perfect for generating greenscreen videos. VB comes with 30 animated avatars and more with a premium upgrade.

Simply select your avatar, upload a voiceover or type in your script, drop in a greenscreen background and edit the video. You can add text effects, different background videos or images, sound effects, transitions, lower thirds and Titles.

Sophisticated videos can be created with this app. If you want to make videos without paying through the nose, you need this app. Your low one time fee gives you unlimited access. Got to warn you though the premium version is an upgrade.

Don't want to do the work yourself. Contact BWT Videos service for a free consultation. Meanwhile view this example below...