About Best Website Tools, tips and techniques to design, build, publish and market your website or mobile app. Find out more about the business, maps, directions and business hours.
Menu

Tim started his professional career as a video enginer ultimately attaining the position of Senior Film Colorist. He then returned to college for a degree in Computer Aided Design and Drafting. He worked as an electrical design engineer for 20 years. In 1999 Tim became an electrical project manager and worked in the 'Automotive Plant' engineering field until 2014. When he put his full time efforts into building his own business.

Tim is the owner and chief executive officer of Best Website Tools, LLC a small business. He is a chief webmaster, video developer and President of BWT. Electrical design engineer, Sr. video engineer and project manager. Tim now uses his skills and talent to create and publish websites and internet videos.

Some of Tim's accomplishments include:

Find Us In The Neighborhood

We do websites, apps, maps, online business listing, SEO, development training, tutorials, custom menus, graphics and much, much more. About www.best-website-tools.com (BWT) was started in 2007. In the beginning BWT was a hobby website. Slowily growing from a simple blog into a large website full of tools and tutorials. In 2018 Tim formed the company "Best Website Tools, LLC" to expand the business.

The Google map on the right is just one example of the neat tricks BWT incorporated into the website. As a mobile app developer BWT can get APIs (Application Programming Interface) for any Google and Apple iOS development application.

Find out more about us. Get business hours, maps, directions and more on our Google myBusiness Website. 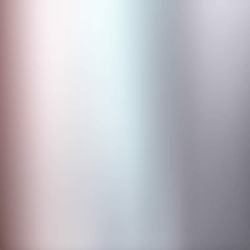 In 2015 Tim started building mobile apps. He created the website and mobile app builder 'miappmaker.com' (MAM)to pursue this part of his business. In 2018 BWT assumed management of Miappmaker.com and moved the tools and support to BWT.

The brand name 'Miappmaker' will continue on this website. The mobile app builder will be like a subsection of BWT but have it's own identity. MAM's tools and support also will continue. Hope you enjoy this website. If you would like reach Tim please use the contact form below.

About Primary Authority And Expertise

Is Tim an expert? Is anyone really an expert? Of course, everyone is an expert at something. The difference is if other people consider you an expert. How does one become an expert? By recognition of accomplishments by others. Here is a list of Tim's accomplishents.

About Me And Go-Kart Racing

Tim is passionate about winning go-kart races. Being the first to see the checkered flag in an important race is Tim's idea of a good day. To do that requires excelllent mechanical and driving skills. But most of all it requires being on the grid and prepared to take the green flag. Getting there is the hardest part of any race.

You might be wondering why is this mentioned on the about me page for an online business. It goes to show what kind of passion Tim brings to everything he does. It shows commitment, teammanship, perserverance, determination and humilty (you can't win them all). Trying to win is important to Tim. Being a member of a successful team brings leadership and teammanship to other endevours.

Use the form below to contact Tim. You will be working with Tim and his team should you decide Best Webstie Tools is right for your next project.